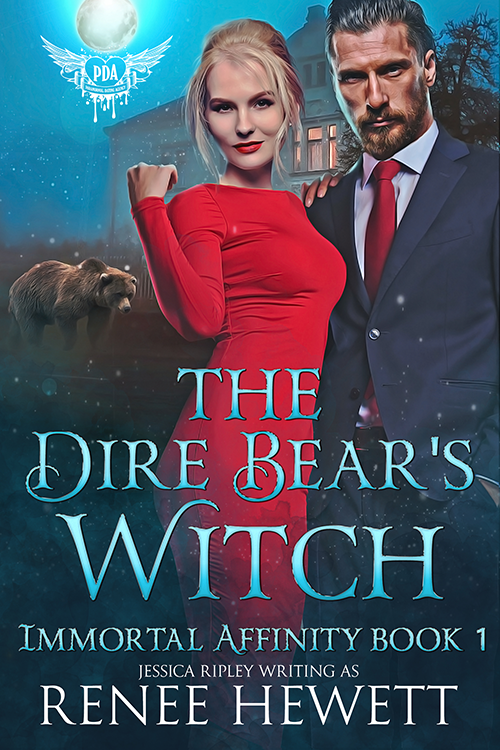 Dixie Reade is a newly immortal witch, looking for some excitement in her life. She’s in for more than her fair share when she runs across famed matchmaker, Gerri Wilder, who drags Dixie to a party at Dire Bear Estate.

Slade Galath is content with life the way it is. He’s spent centuries as an immortal dire bear, and despite Gerri’s regular teasing, he’s not interested in finding a mate and settling down. That all changes when Slade meets Dixie, his fated mate.

Neither of them trusts love, but that’s the least of their problems because the local wolf pack has targeted Dixie and set the immortal council on her. If she can’t convince the local coven to sponsor her, the council will exterminate her, and Slade is not about to let that happen to his mate.

This paranormal romance is Book One in the Immortal Affinity Series but can be read as a standalone. This novella is part of Milly Taiden’s Paranormal Dating Agency shared world and features matchmaker extraordinaire, Gerri Wilder! Reader note: unlike most PDA books, which are quite steamy, this low/no-steam book falls in Amazon’s “clean and wholesome romance” category.

It is available on Amazon and Kindle Unlimited!