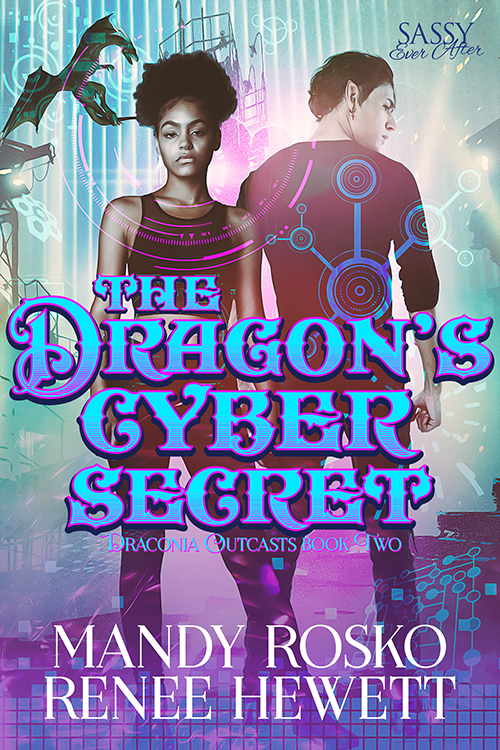 Part of the Draconia Outcasts series:

A dragoness with a secret. An elf with a chip on his shoulder. A call to an island overwhelmed with technology and a chance for love or total annihilation.

As Draconia island’s resident tech genius, Naomi has been living layers of secret lives. She has an online beau that the dragoness leadership doesn’t know about, and her boyfriend doesn’t know she’s a dragon shifter on an all-dragoness island.

Buzz has some shadows in his past, but he’s managed to build a life for himself as a tech guru for the Wolfe Pack. When his online girlfriend goes missing, he has to leave town for the first time in forever.

Naomi and Buzz will meet up on a mysterious island, where more secrets and scandals will be revealed. Will this long-distance couple find lasting love, or will deception run what they thought they had?

This paranormal romance novella is a part of Milly Taiden’s Sassy Ever After series and features the town of Blue Creek and some of the Wolfe family.